Terreny de joc [Game field]
Terreny de joc (2010/11) is an audiovisual exploration of the potential links between three neighboring communities, through a series of videos centered on the habits of individuals as they integrate into a larger group or community.

Stills of one of the videos> 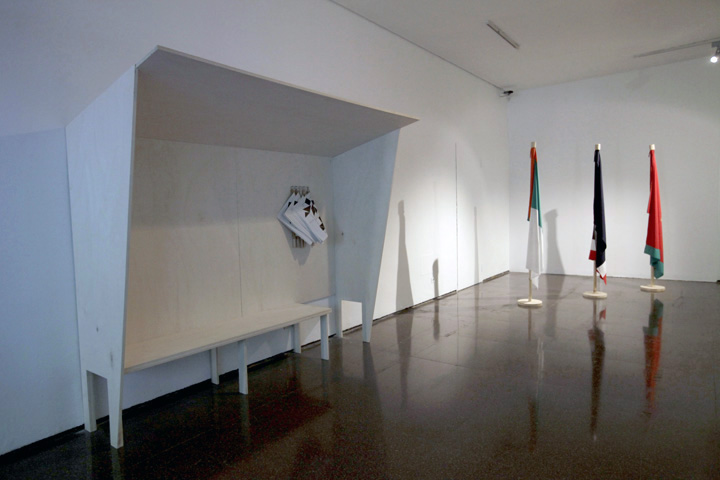 Below: (1) fragment of the two-channel video that combined two tracking shots departing from the entrails of two neighboring institutions, and (2) preparatory animated sketch for a visual narrative on blending communities. 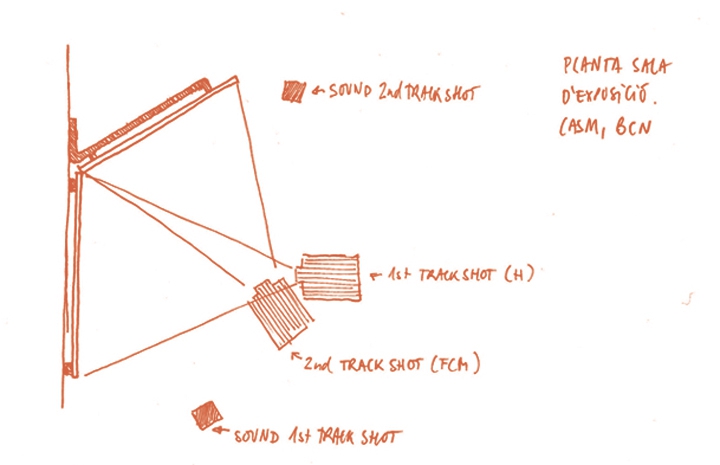