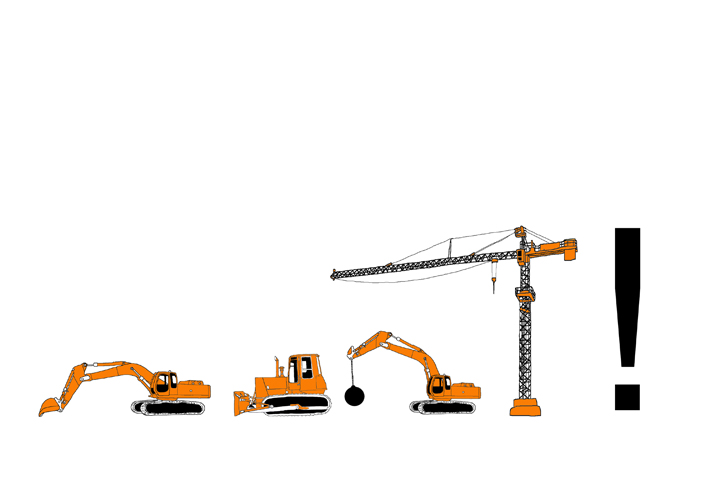 20 terreni, 6 km di steccatti e un po' di paura [20 lots, 6km of fences and a bit of fear] is a visual research on space: the space as it is conceived and planned by the administration; the space as it is actually inhabited and/or used by dwellers; and the space as it is imagined.
In 2002, during a residency UNIDEE (Universitá delle Idee) at Fondazone Pistoletto I became interested by a series of empty lots of Biella (Piemonte, Italy), the signs, obstacles, and narrative that prevented the access to them. I researched what the area had been, how the local administration envisioned its development, and I fell in love with the Italian administrative language: procedere ala radicale trasformazione, for instance. I crossed the information of what the local administration had planned, with the current and informal uses of those empty lots, to create a board game where players could act upon those spaces with sets of excavators and other heavy machinery, in addition to their imagination. 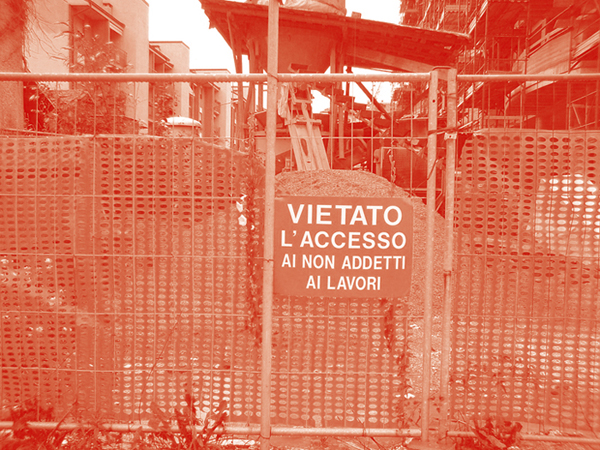 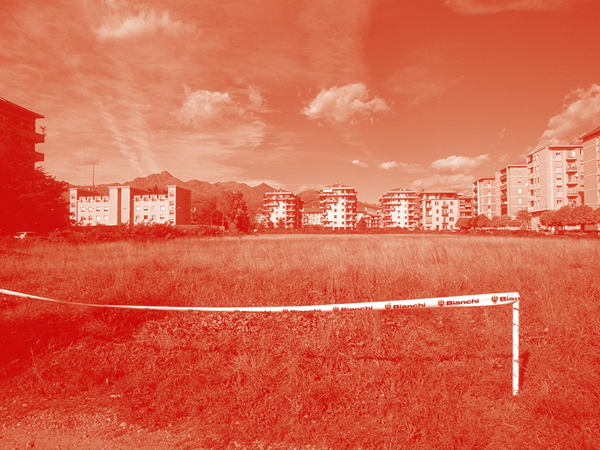 20 terreni, 6 km di steccatti e un po' di paura was first shown at a collective exhibition at Fondazione Pistoletto (2002), a solo show at Sala H (Vic, 2002). It was also shown in 2003 at the retrospective deboted to Michelangelo Pistoletto & Cittadellarte at MUhKA (Antwerp, Belgium), and within the collective exhibition Miralls Urbans at Sala Reus (Reus, 2003). 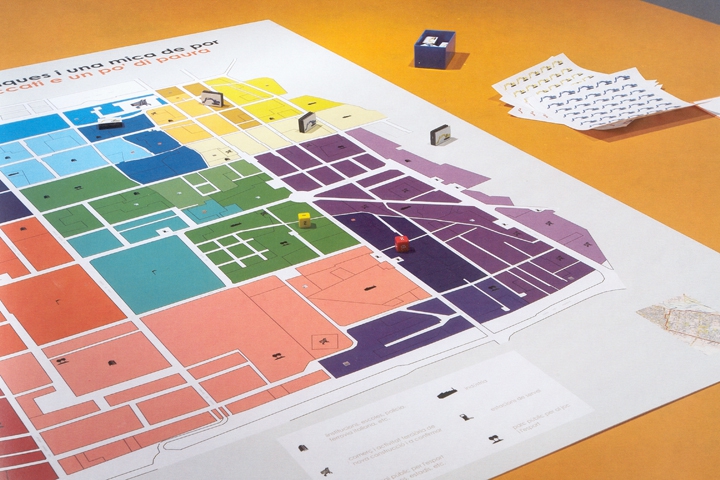 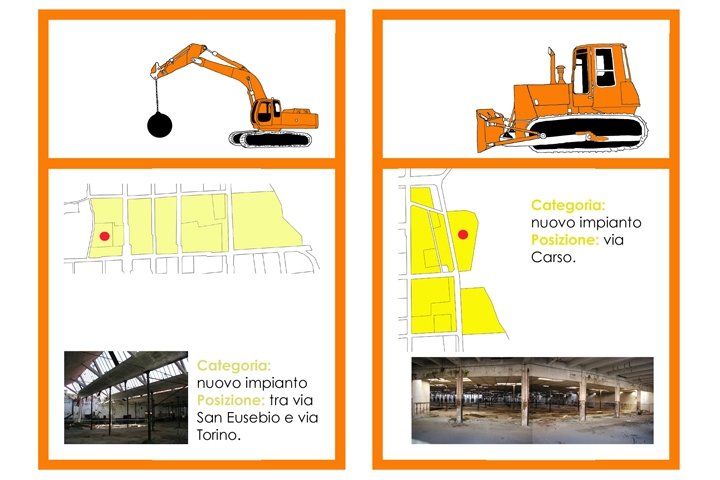 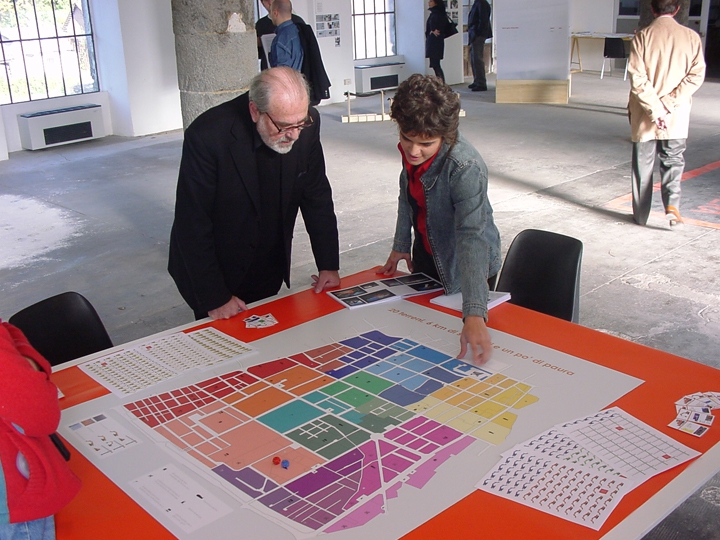 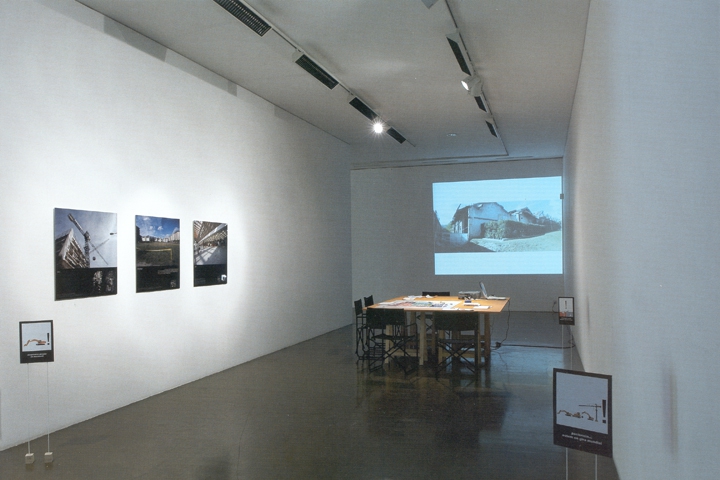 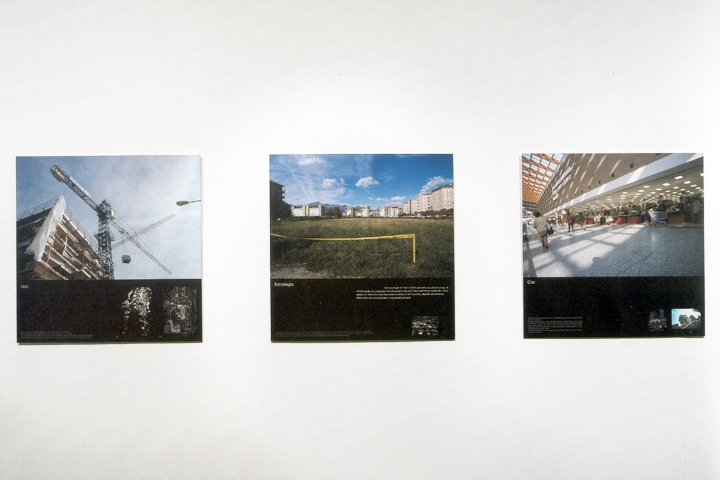